THE BEST TRIATHLETES IN THE WORLD, FRODENO AND LANGE, ANNOUNCE THEIR PARTICIPATION IN ANFI CHALLENGE MOGÁN GRAN CANARIA ON THEIR SOCIAL MEDIA PRAISING THE COURSE AND THE ISLAND

Frodeno: “A good-looking course and some decent hills to climb”

Lucy Charles Barkley, three-time silver winner in Hawaii (2017, 2018 and 2019), is among the elite women triathletes who will also be in Mogán

Mogán (Gran Canaria), 14th April, 2021. On 24th April, Anfi Challenge Mogán Gran Canaria will be the setting for the best competition possible in the world of triathlon at this moment: Olympic gold winner and three-time winner of the Ironman World Championships, which is held every year in Hawaii, Jan Frodeno from Germany confirmed this Tuesday afternoon on social media that finally, he will be on the starting line of the fifth edition of Challenge Mogán, the first to be held in Europe after the global public health crisis.

Frodeno will not be the only legend on the starting line of Mogán, and neither was he yesterday on Instagram. Almost simultaneously, Patrick Lange, also twice winner of Ironman Hawaii, the Long Distance World Championship, announced that he is traveling today to Gran Canaria to prepare for the race on the island. A third winner of Hawaii and also from Germany, Sebastian Kienle, is part of the unbeatable list of pros who will meet in Mogán.

FRODENO:  “A good-looking course and some decent hills to climb”

“After a quick pitstop, we’re back racing again. Ten days and counting to Anfi Challenge Mogán de Gran Canaria, with a good-looking course and some decent hills to climb”, Frodeno announced yesterday afternoon on Instagram, along with a photo of him on the bike, also praising the new circuit of the competition in Gran Canaria, in a post that quickly received more than 16,000 reactions on his social media page.

Frodeno is one of the active legends of world triathlon, and his “pitstop” lasted only a few weeks. On 23rd March he won Challenge Miami, a victory reinforced on the run that he finished with a time of 2:37:48. But his record of victories began with an Olympic gold in Beijing (2008), and Ironman golds in Hawaii (2015, 2016 and 2019), where he had already won bronze in 2014. He has also won gold twice in the Ironman Half Distance World Championship (Ironman 70.3 World Championship). 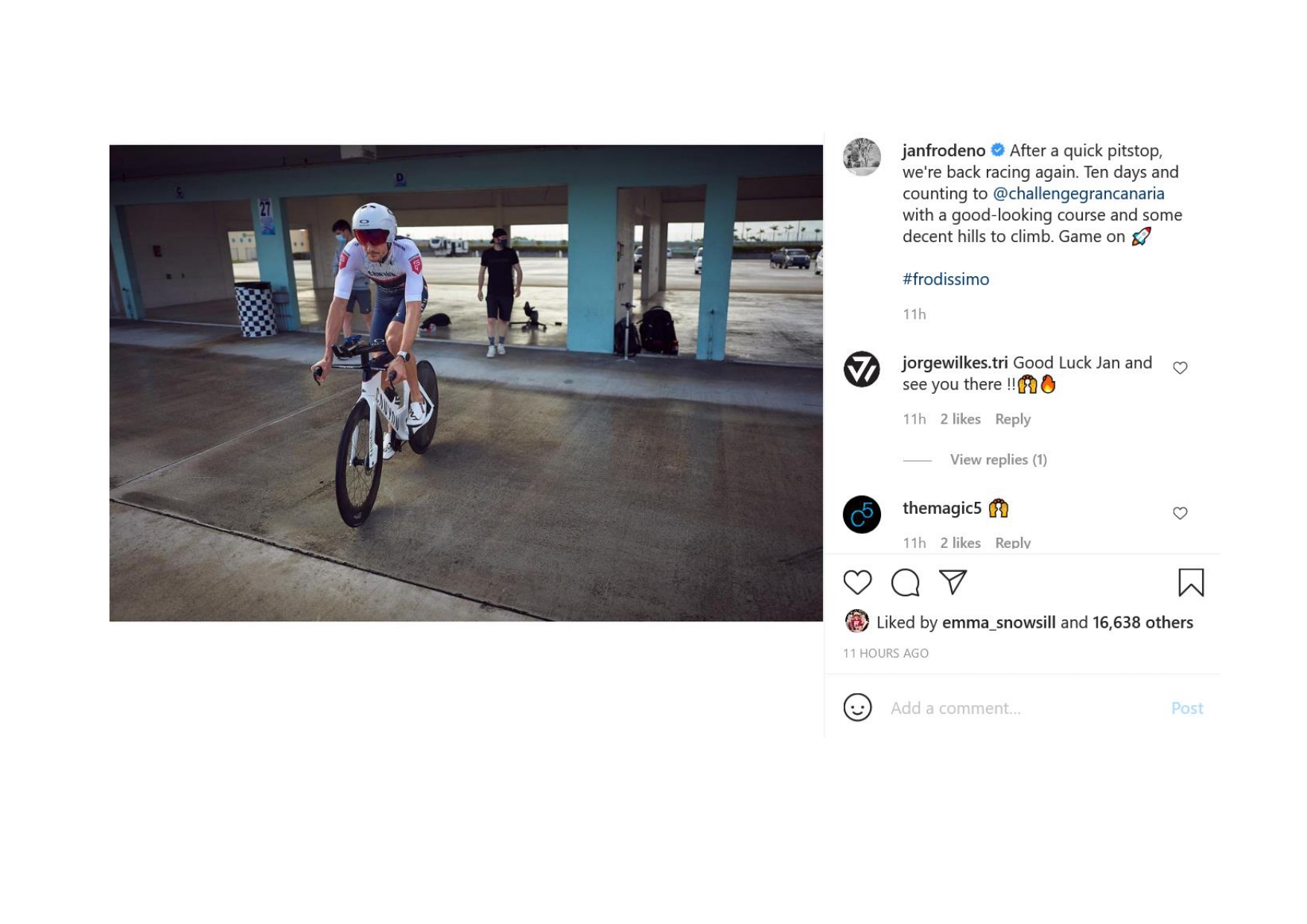 Lange couldn’t wait for the Mogán course, and yesterday he started his own competition with Frodeno on Instagram, whilst complimenting Gran Canaria. “All doors ‘in flight’ and bike cross check. Tomorrow it’s time to fly to Gran Canaria for the 1st race of this season. I’m looking forward to the final race preparation on the sunny island. Super happy to be back racing!”, he said in his message on Instagram, along with an image in which he is seen, doing exactly that – checking his bike. 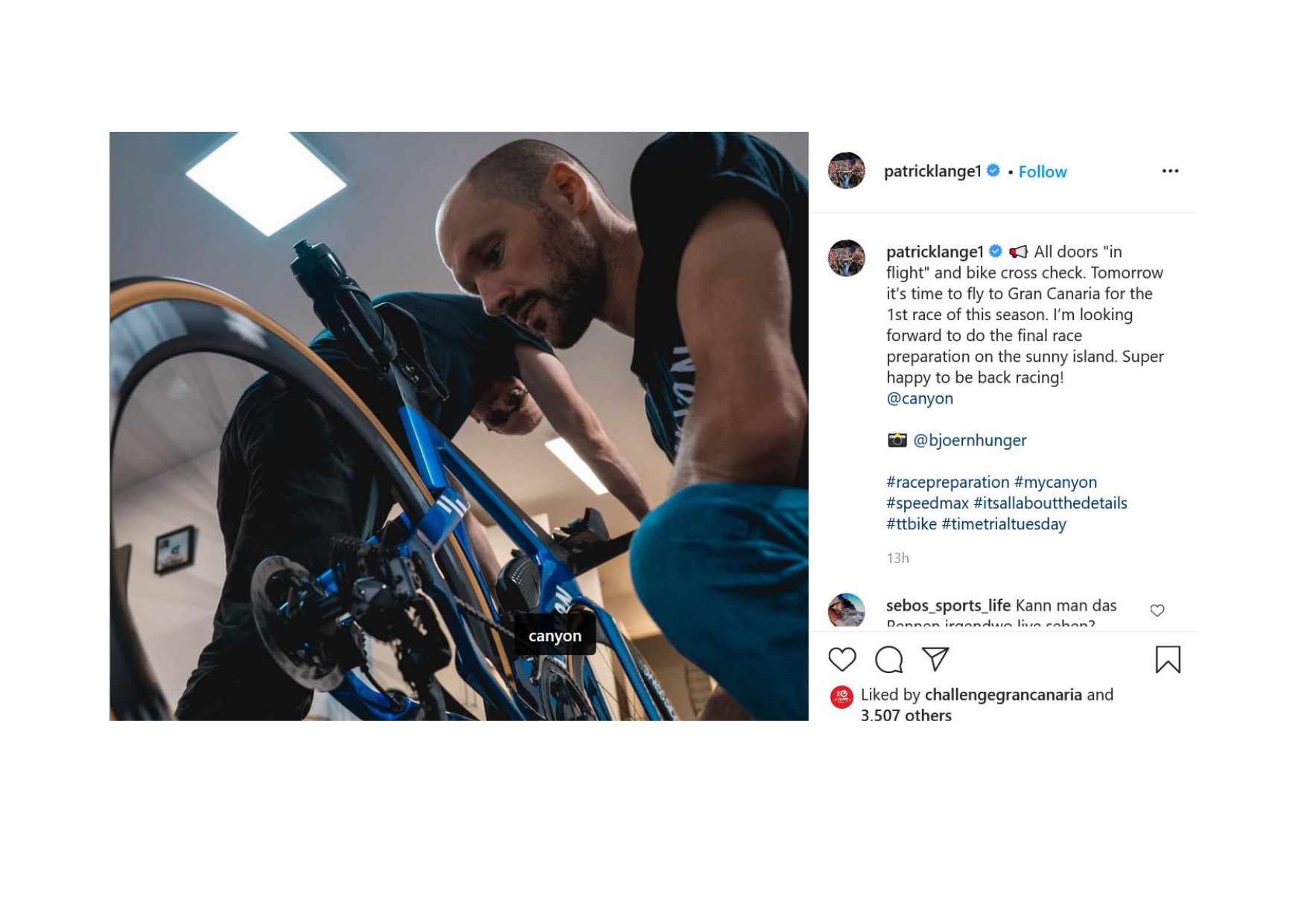 The list of triathletes who have triumphed in Hawaii and who will participate in Mogán is completed with, among others, British triathlete Lucy Charles Barkley: she has come second in Kona in 2017, 2018 and 2019, always close to victory. She also won  silver in the Half Ironman World Championships in 2018.

Anfi Challenge Gran Canaria Mogán will be the first Challenge Family event to be held in Europe and the third worldwide. The first was held a few weeks ago in Miami and the second was on 11th April in Shepparton, Australia. Afterwards, only one more is planned which will be held in Taiwan on 25th April, one day after the event in Gran Canaria.

Challenge Mogán has become a pioneer in the organisation of a sporting event transcending its international significance in the Canary Islands, the rest of Spain, Europe and worldwide, with the compliance of protocols established by the health authorities for the preservation of health.

The magnitude of holding this half-distance triathlon (with all the public health and safety measures), is tied to its international transcendence, given that most of the great world triathletes of the sport have already announced their participation, after a year and a half restricted racing possibilities, and kicks off the reactivation of the tourism sector in Mogán and Gran Canaria. 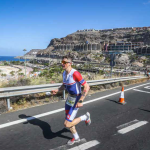 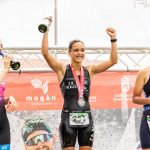