Raúl Lecuona was crowned the winner in the male category with a finishing time of 1:54:29, followed by César Vera de León and Karim Balli Al Soufi to complete the podium

Mogán, April 2, 2022.- Anfi Challenge Mogán Gran Canaria already has its olympic distance champions. Raúl Lecuona Gil-Roldán and Zaira Lorenzo Pérez are the new leaders of the 2022 edition, the fastest to comple the course in the best race destination in the world for triathlon.

The Spaniard Raúl Lecuona put himself in the lead from the first moment, with a very demanding peloton that forced him to complete a very speedy course and transitions. In the swim he clocked 19:19 minutes, 56:52 on the bike and 34:28 on the run, gaining just a few seconds between him and his rivals.

The champion of the 2022 Olympic distance Anfi Challenge Mogán Gran Canaria said he is very happy with his win, that he is satisfied with his time and that he enjoyed the race. Today’s weather in Anfi del Mar “is the best for the competitors”, he explained, he is grateful for “the large amount of public that has supported us in those last meters of the race, with the push we need”. The weather has been an advantage that has helped him to get good split times. “This race is great, hard – but a very good challenge” and with this win he hopes to “continue adding” to his titles in his sports career and for his team.

The first woman to cross the finish line was the favourite, Zaira Lorenzo Pérez (Club Natación Reales), who stopped the clock with a time of 2:09:22, a minute ahead of the Finnish triathlete Henrika Parviainen (Aqua Plus Triathlon) who finished in 2:10:23, and the Spanish triathlete Melina Alonso (Perota Dental Triathlon Team) with 2:10:40.

The champion has come to this race to “add points for the team” in the Canary Triathlon  Series which the Gran Canaria competition is part of, managing to finish the swim in a time of 22:48, gaining a gap on the bike which she completed in 1:03:13, while the run took her 39:21 and to the finish line.

She was “very happy” to have led this “hard” triathlon podium, which has been a relief after two consecutive weekends of races in middle distance. Although she says that the last minutes of cycling were tough, she managed to cut the split time and reach first place. “Much better than I expected,” she celebrated, with a smile on her face.

The Olympic distance of Anfi Challenge Mogán Gran Canaria is the starting pistol of the Canarian Challenge 2022 season, and this is the first of its sports events, which, for the first time in its history, is divided into two to give more prominence to competitors and fans of each distance, who will be able to enjoy the double challenge this year. The next date is for the middle distance which will be on Saturday, 23rd April, an unmissable event with the best international elites.

The competition racecourse had a circuit of 1.5 kms swim, 40 kms bike and 10 kms run, with the start on the beach of Anfi del Mar for the swim, and the finish line on the avenue of Anfi del Mar after the bike and the run.

The best conditions for a triathlon of another level

With a temperature of 20 degrees, Anfi del Mar, Mogán, has recreated the best conditions to guarantee a triathlon of the best level. The environment of the beach has become a perfect setting for sport where fans, families, friends, coaches, and sports teams have been congregated from first thing this morning. Anfi del Mar has been an explosion of sport, and the lovers of this discipline have filled the whole place, turning it into a large outdoor gym from 7am until midday.

The Anfi Challenge Mogán Gran Canaria triathlon opens the month of April and the next event will bring triathlon fanatics and elites on 23rd of April, the date of the middle distance event. It will include about a dozen Olympic triathletes and world champions, who have taken on the challenge of placing Gran Canaria at the top of world international triathlon. 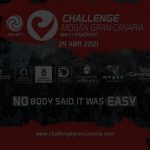 THE BEST TRIATHLETES IN THE WORLD, FRODENO AND LANGE, ANNOUNCE THEIR PARTICIPATION IN ANFI CHALLENGE MOGÁN GRAN CANARIA ON THEIR SOCIAL MEDIA PRAISING THE COURSE AND THE ISLANDNews 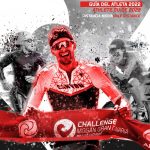